Before you read this post, make sure you’ve read my Dublin to Doolin post from last week.
We arrived in Doolin in the early evening, checked into our B&B Twin Peaks, a comfortable six-bedroom house run by Sinead and Pascal. They are such lovely people, they made us feel so welcome and at home. After freshening up a little we drove around a little do explore the area, and we went out to Gus O’conner’s pub for dinner and music. 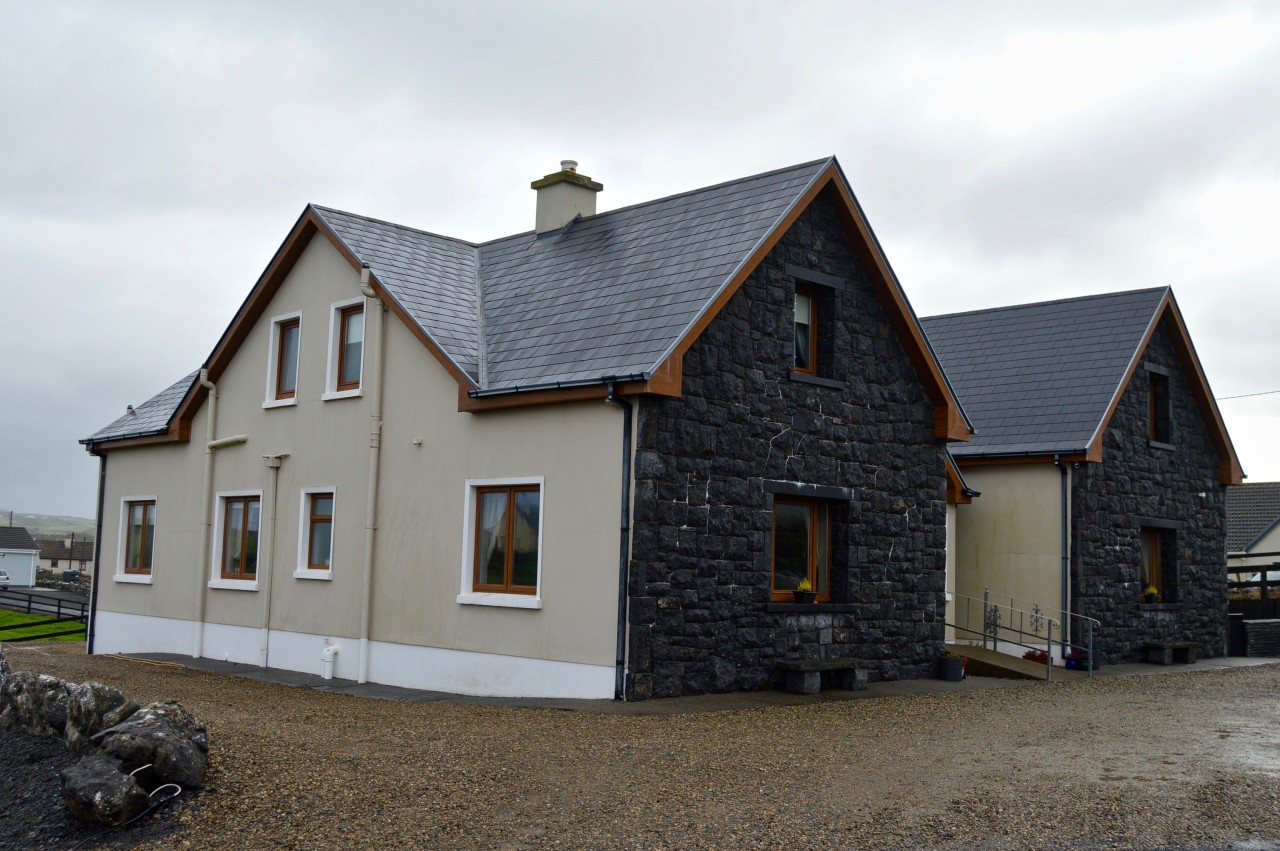 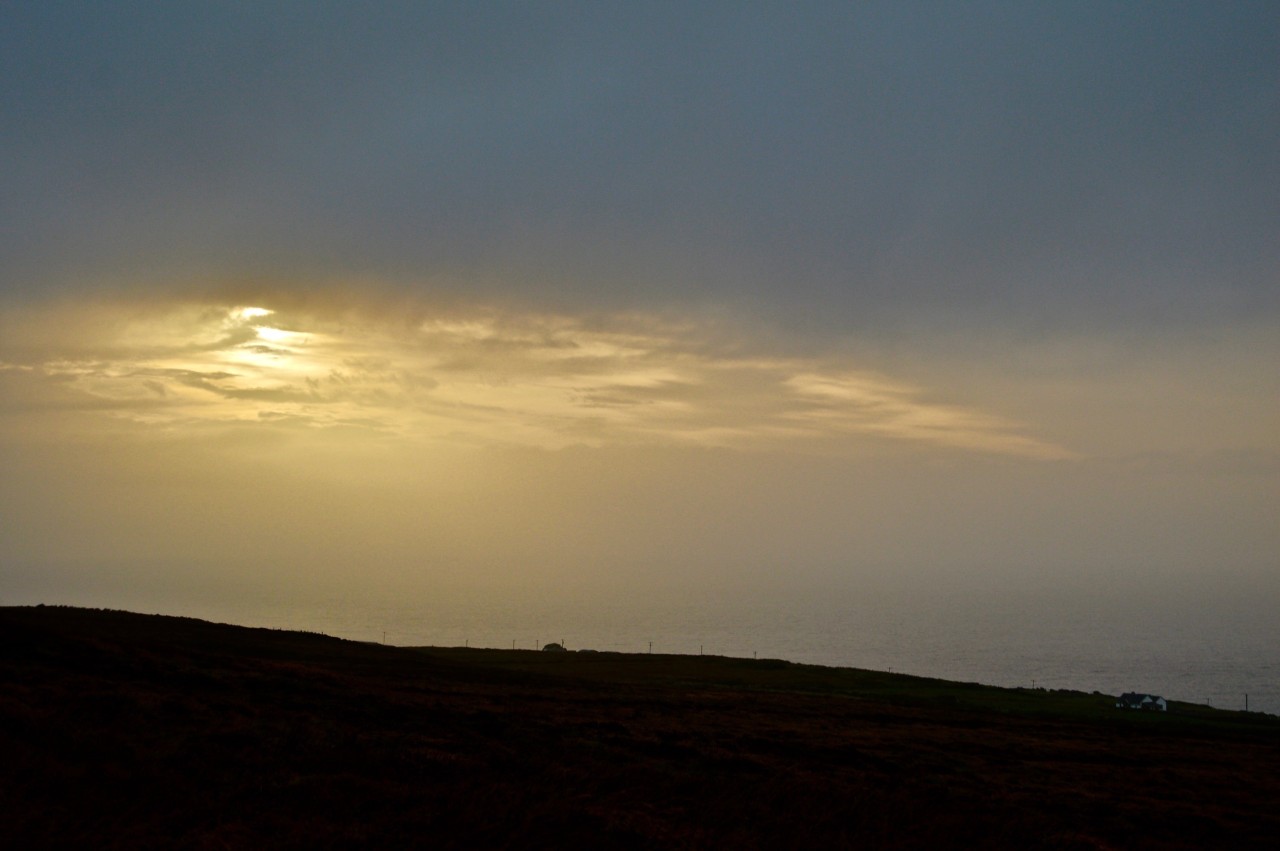 The food was amazing like all our eyes widened, and all we could say was, ‘wow!” I had the best seafood chowders I think I’ve ever tasted, and they have a Goat’s Cheese tartlet that is out of this word! It was made with red onion and beetroot marmalade, and pesto.
The live music was a little bit different from what we were expecting. We had come there specifically because we wanted to hear it but were informed that the band that typically played there had canceled. The man tending the bar( I think his name was Frank) ended up rounding up some people in the pub who were willing to sing. It was so casual and spontaneous, we heard everything from Danny Boy to Plastic Jesus. It was a time, and I loved every minute of it. 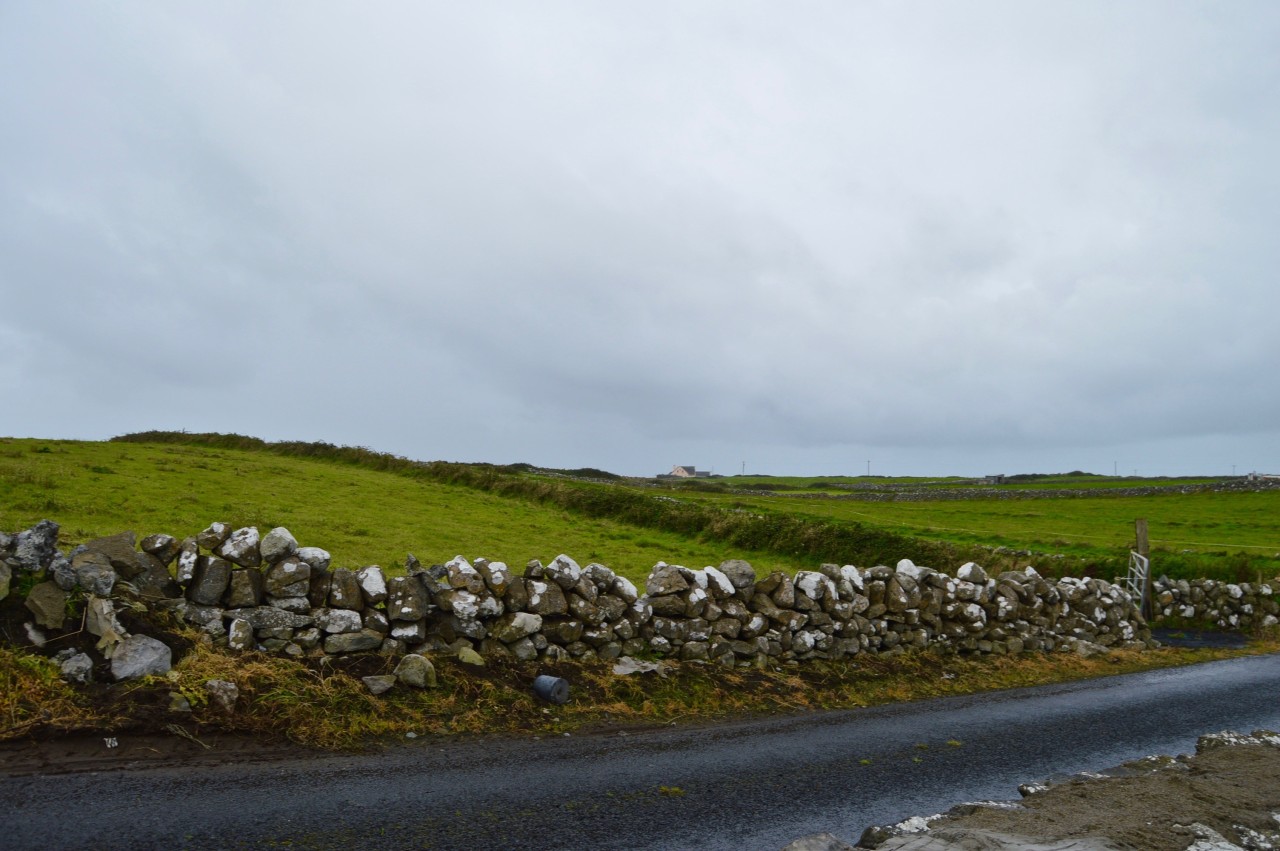 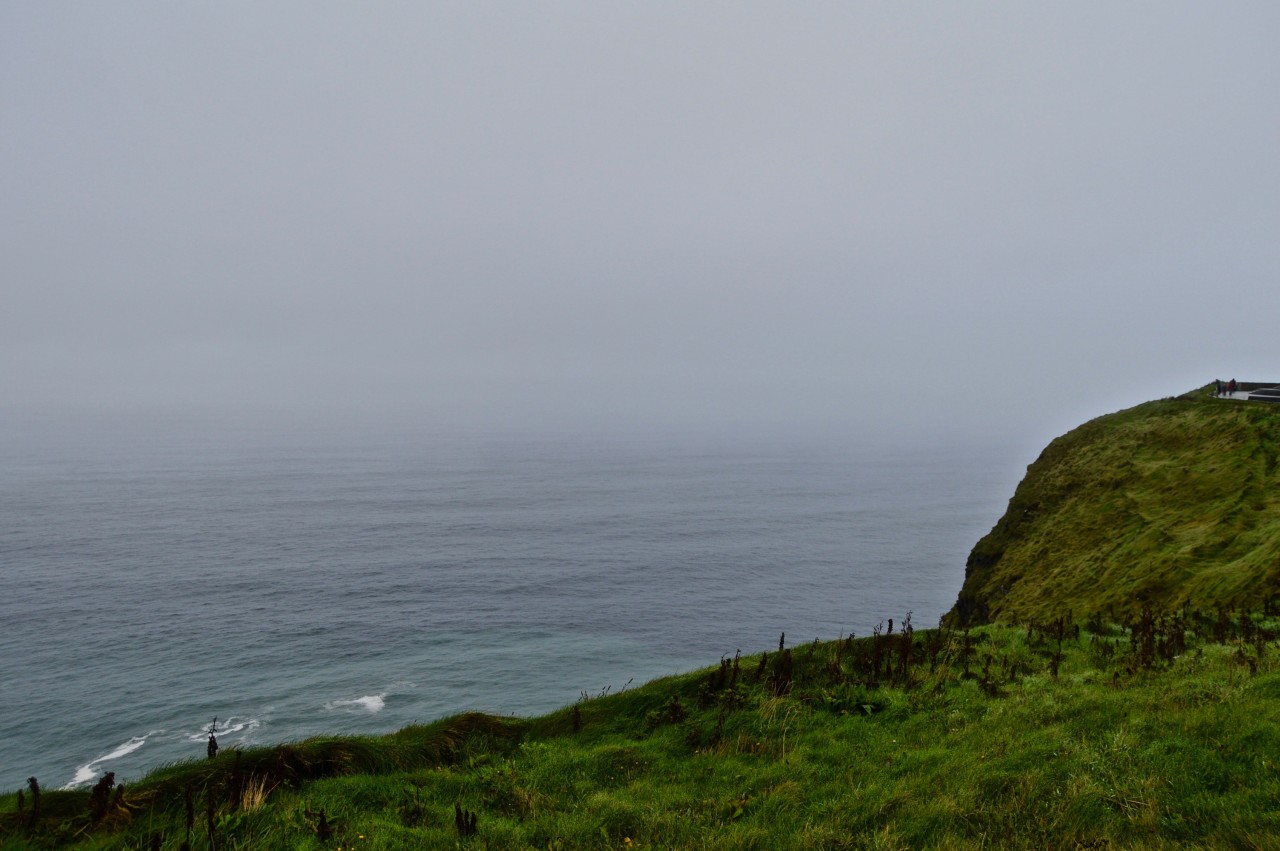 The Cliffs of Moher are breathtakingly gorgeous, the mist and wind only added to the wild beauty of them. I can totally understand why they have been featured in so many movies and shows. Including Princess Bride, Harry Potter, and Leap Year. Pictures could never do them justice, but I tried.

It was raining and very windy, but the four of us and boatload of adventurous souls decided it would be a good idea to take the boat tour to see the Cliffs of Moher. Although it was cold, wet and a few people got seasick, it was super fun and exciting. Between the wind and the waves, I was hesitant to get my camera out much, so I didn’t get as many pictures of the incredible view was I would have liked. 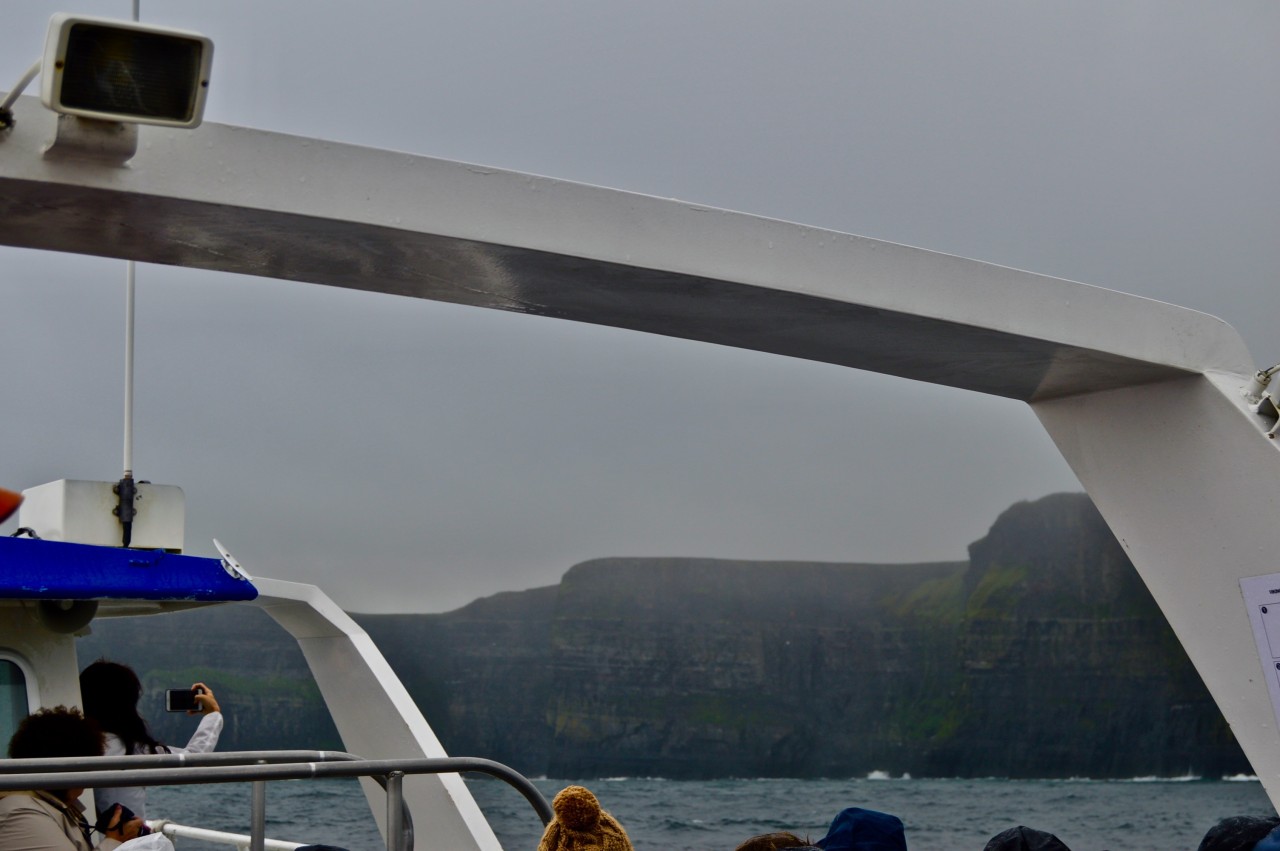 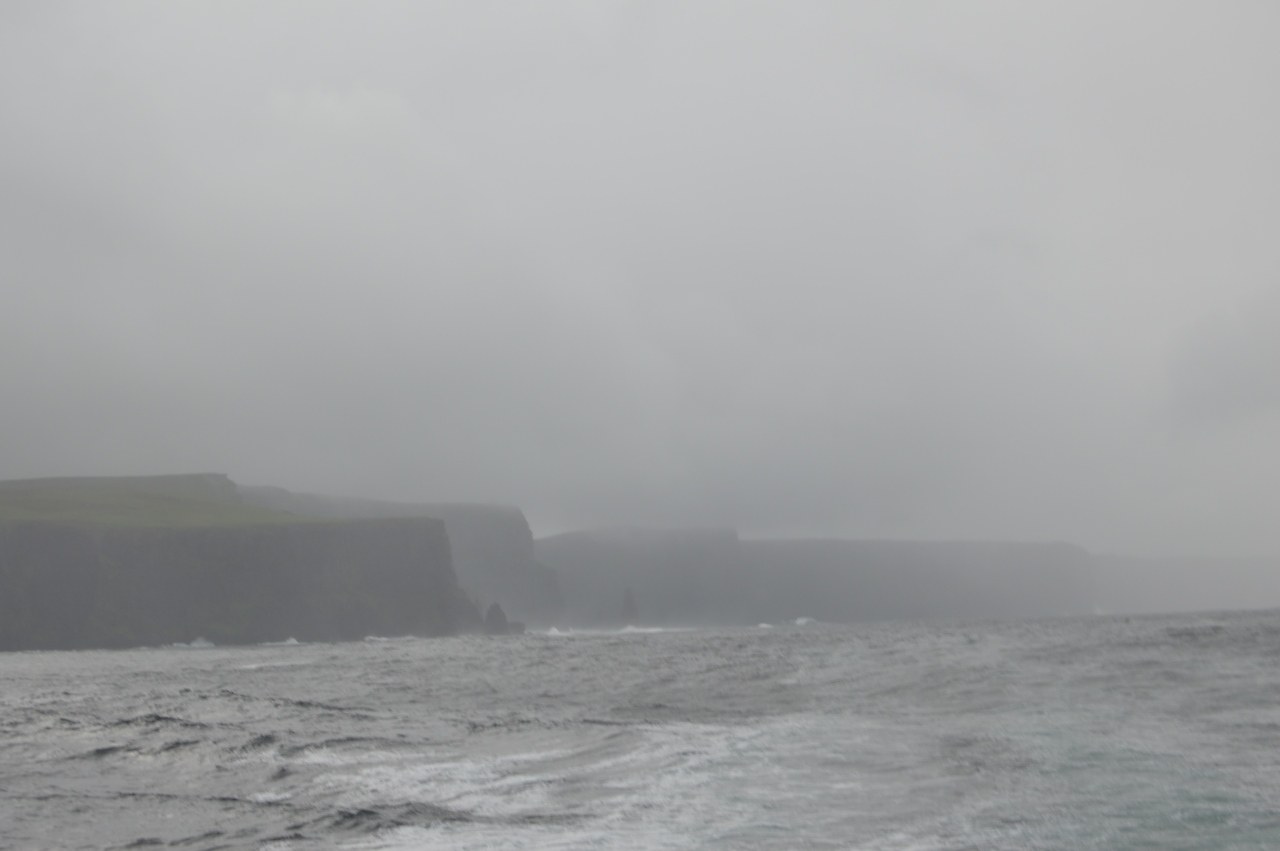 When we got back to shore, we all felt a little cold and soggy, so we went back to Twin Peaks to change and freshen up a bit. For dinner, we went to McGann’s Pub that was having live music, Blackie O’Connel, and Cyril O’Donoghue. We sat with a sweet older couple from Massachusetts, and a young couple from Greece, and were joined by a few Doolin locals we had met earlier in the day. 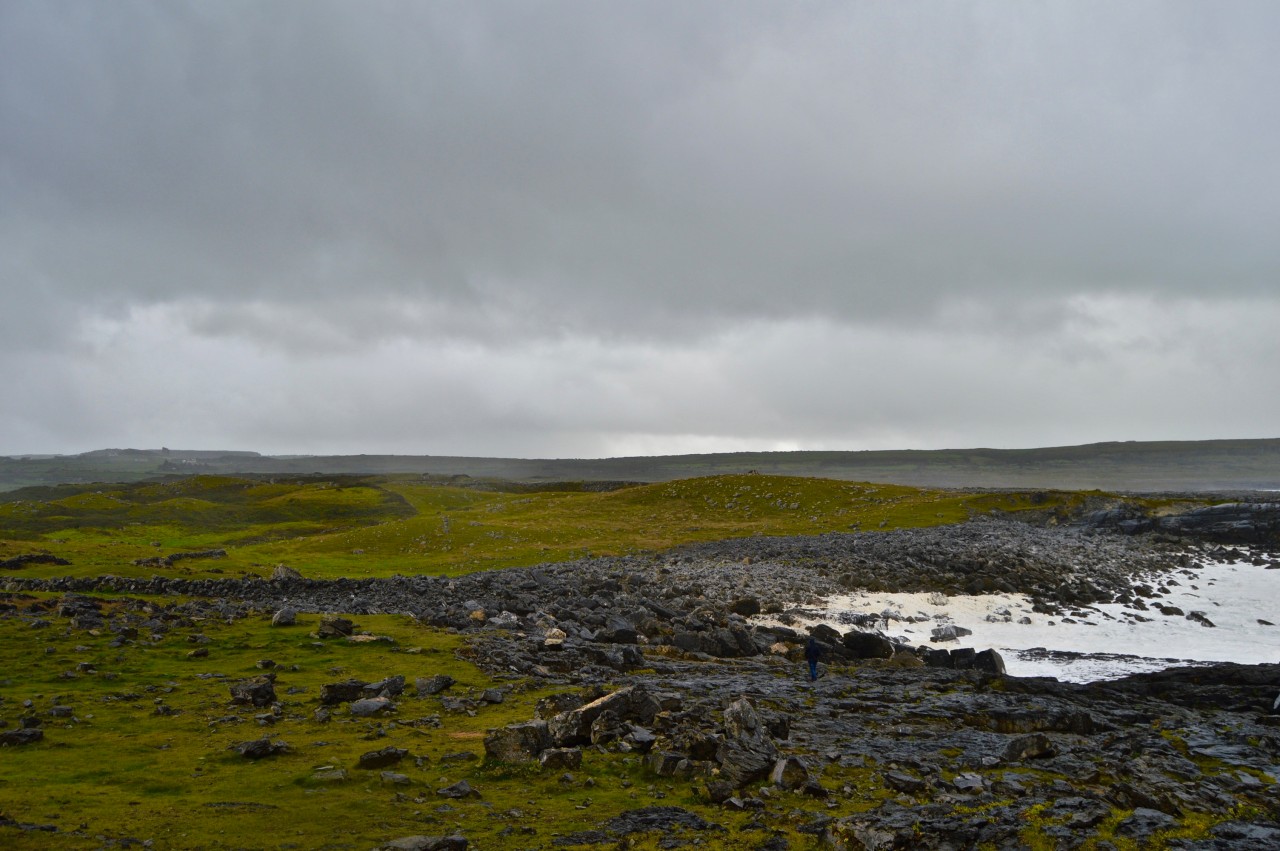 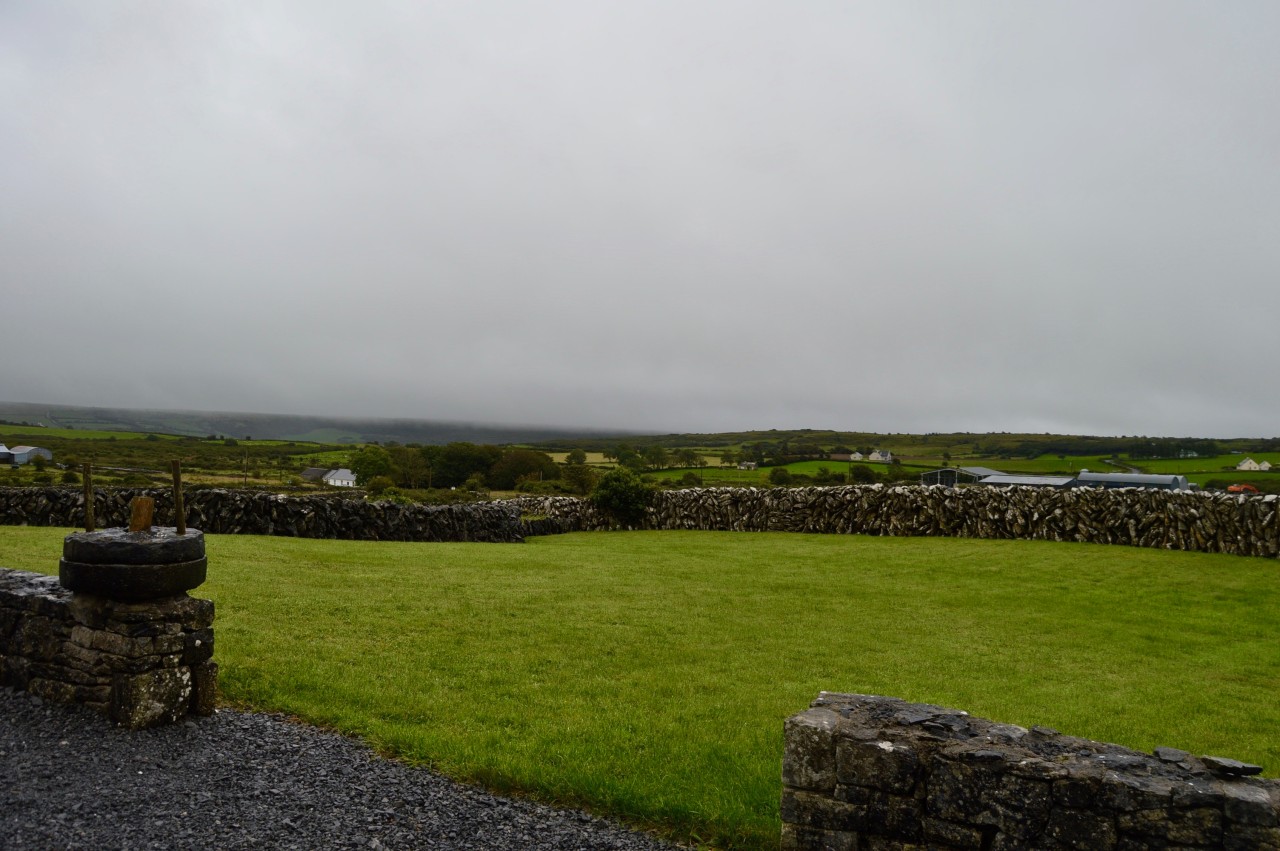 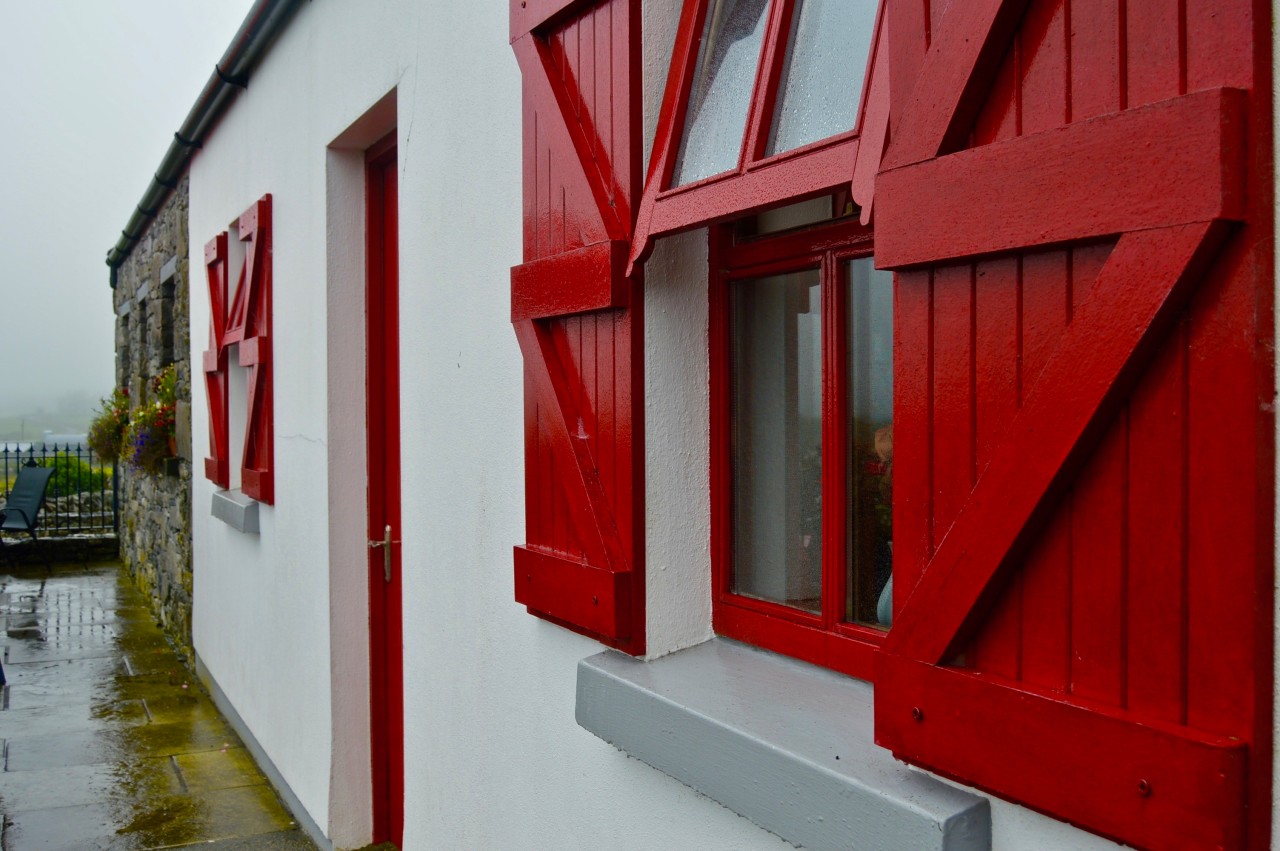 We decided to spend one more day in Doolin, we had an early breakfast, then drove around the Burren stopping here and there to take photos and explore. We visited Poulnabrone Dolmen, a portal tomb built in the Neolithic period. Caherconnel Stone Fort, which was constructed out of limestone in the middle ages. We had lunch at the cheese shop there, a lovely cheeseboard, scones and coffee. 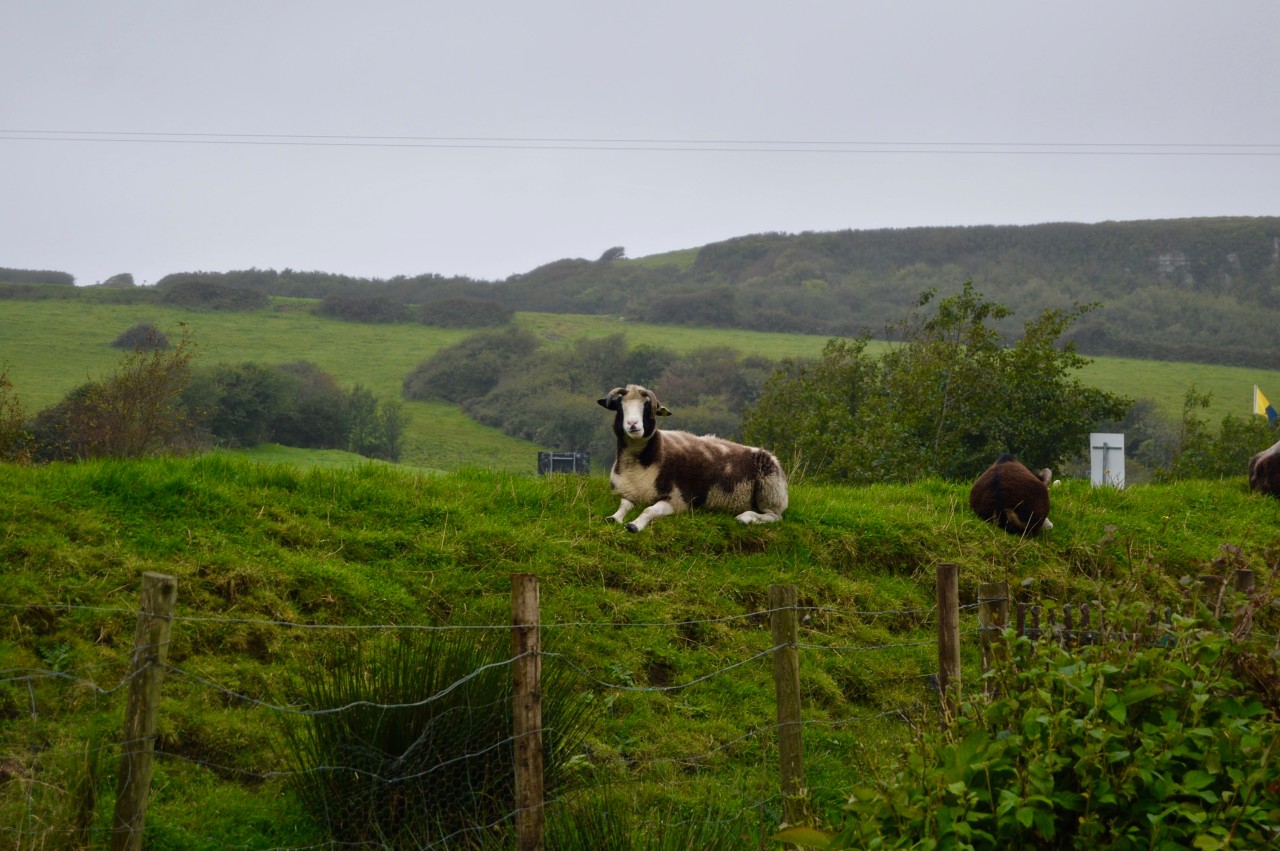 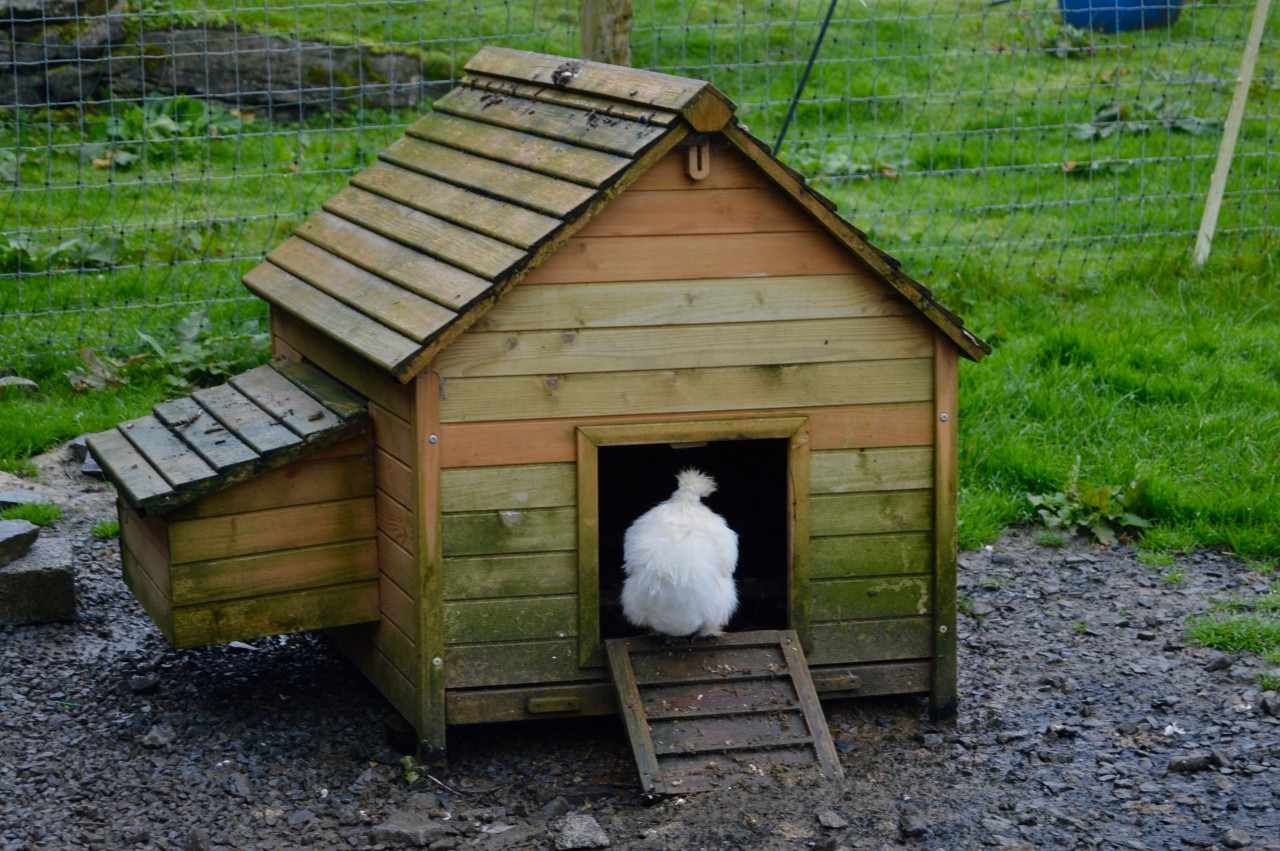 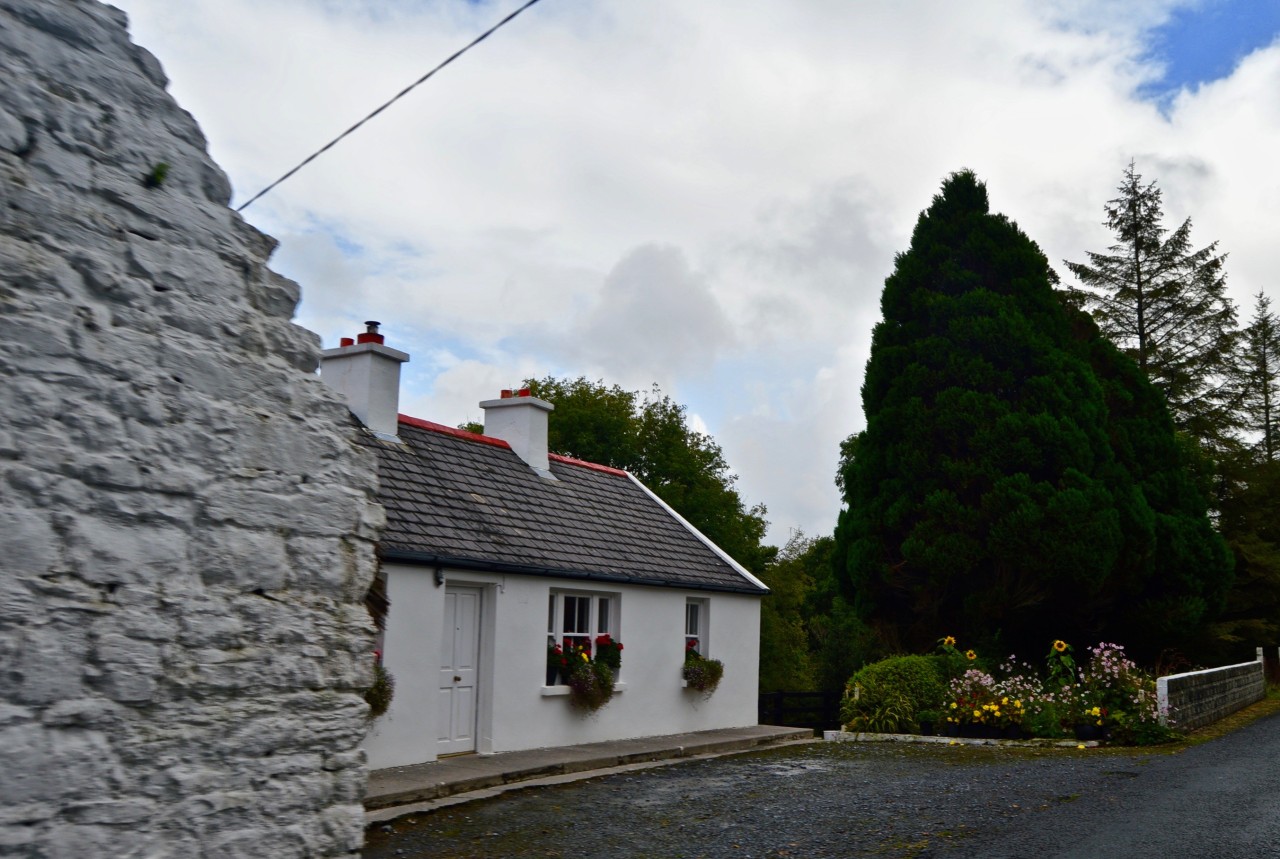 We went to dinner at O’Conners Pub again and ordered more Goat cheese tartlets. I had the Crock of Atlantic mussels that had white wine and garlic cream sauce, delicious! We stayed for an hour or two, then headed back to the B&B to pack and get a somewhat early night. 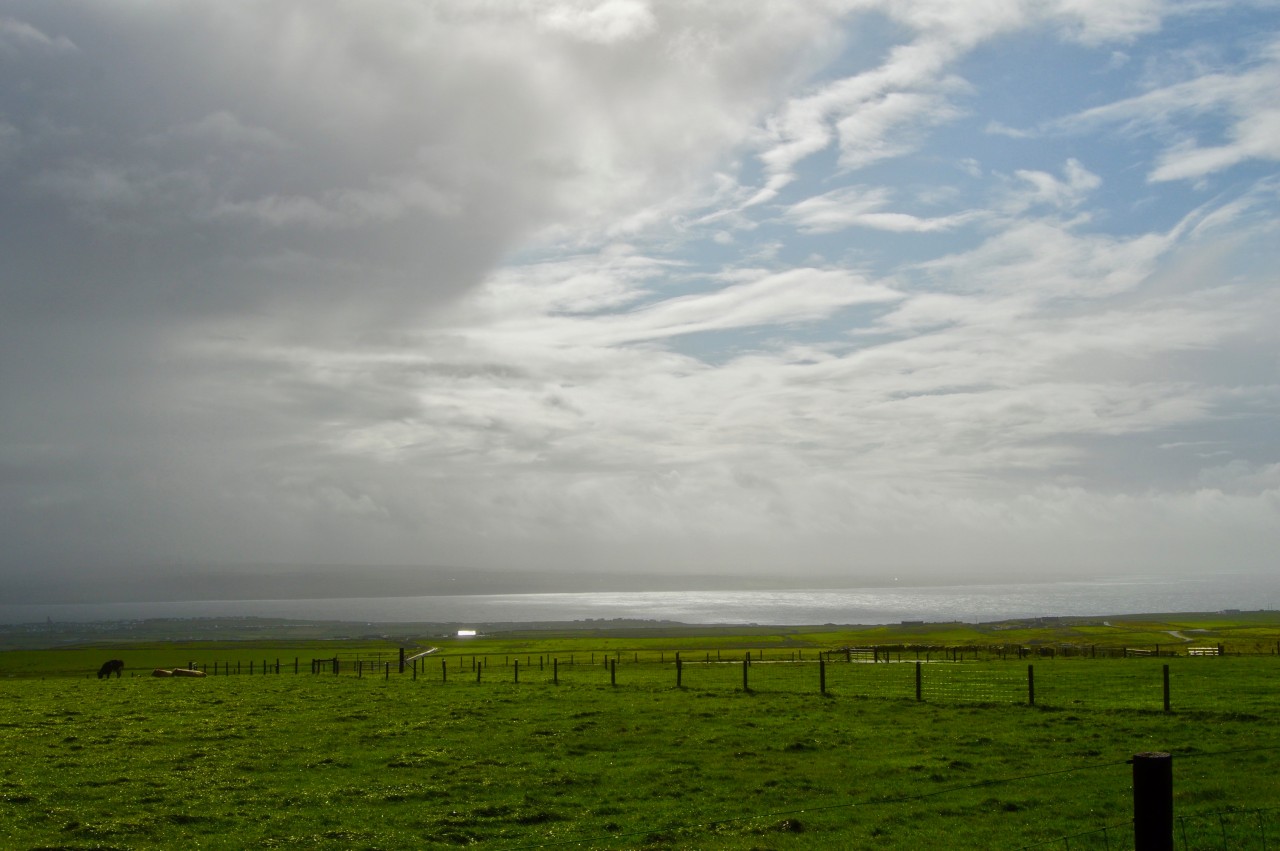 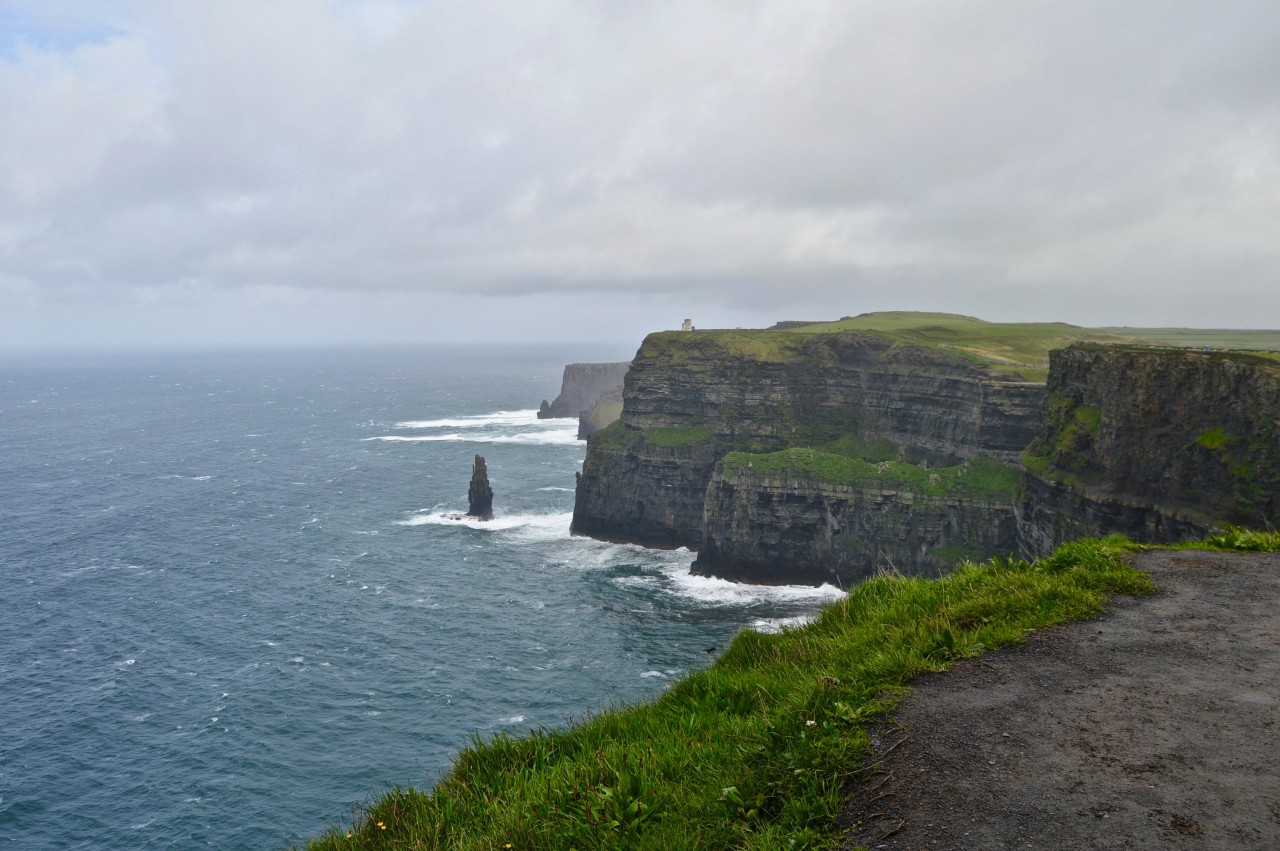 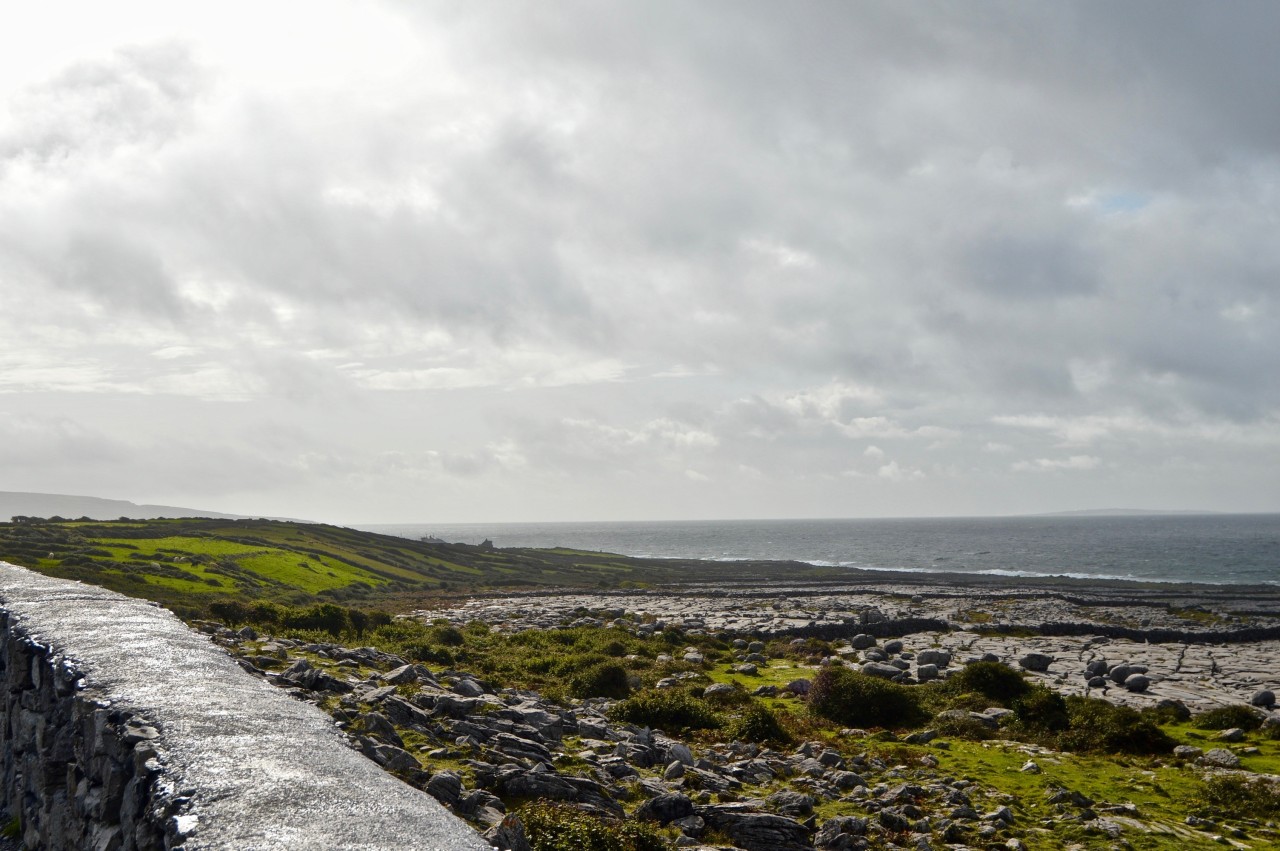 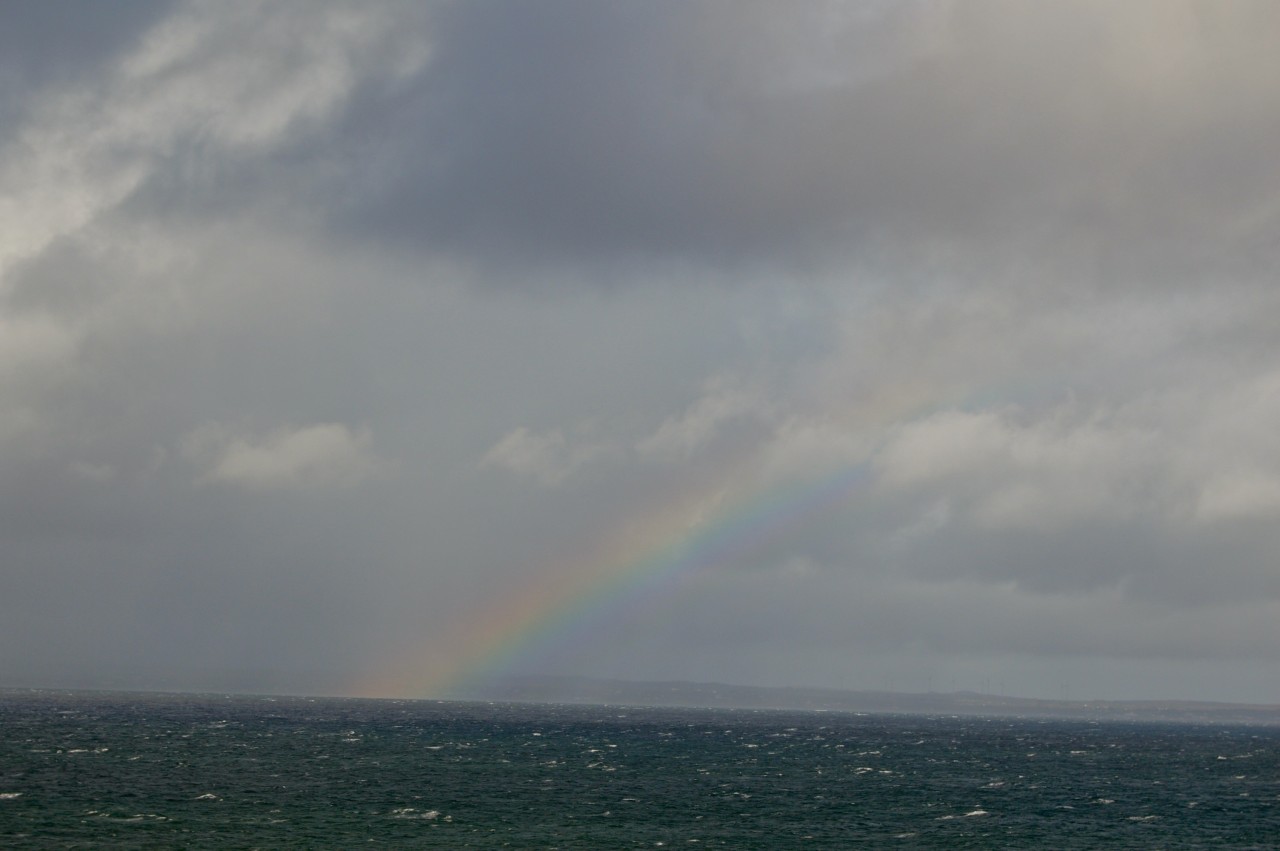 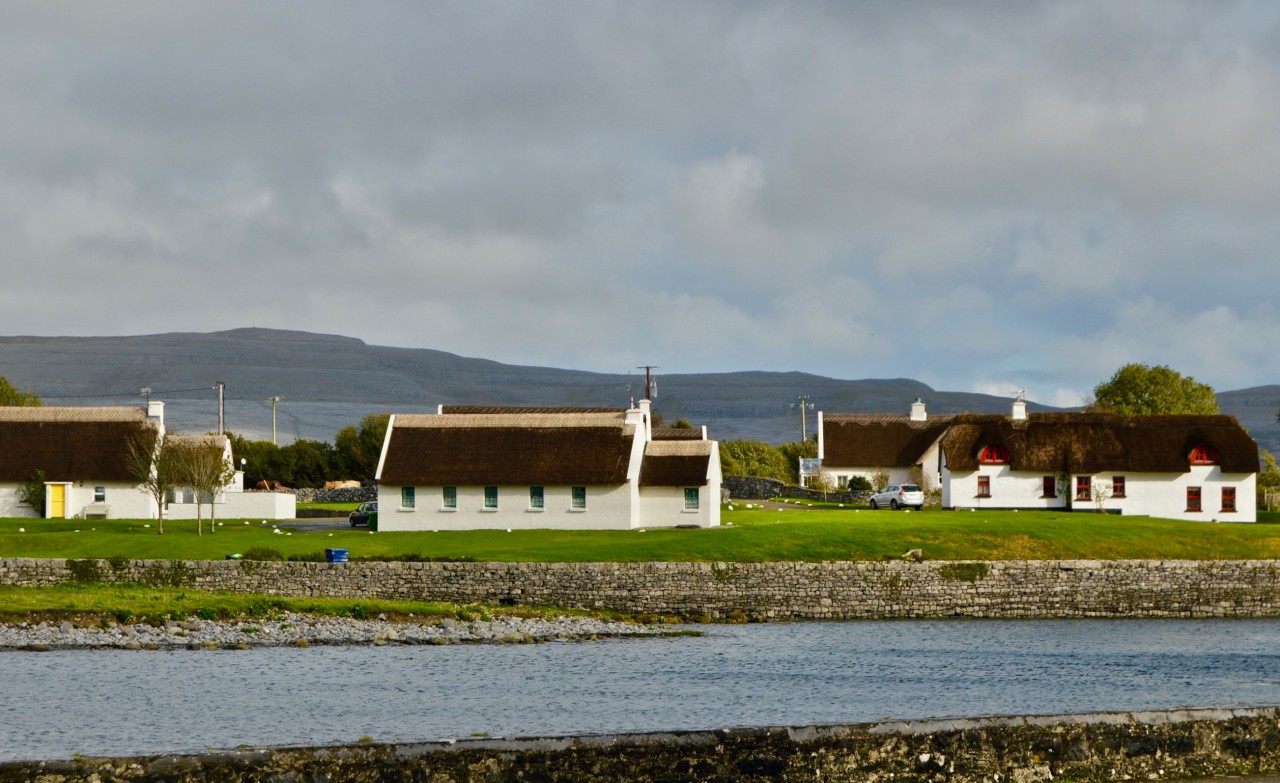 That last morning in Doolin was a little bittersweet, I didn’t want to leave but was excited for the next leg of our adventure. We had an early breakfast, packed up the Skoda, and headed for one last look at the Cliffs of Moher. It was unbelievably windy, I felt a little like I might be blown over the edge if I wasn’t careful.